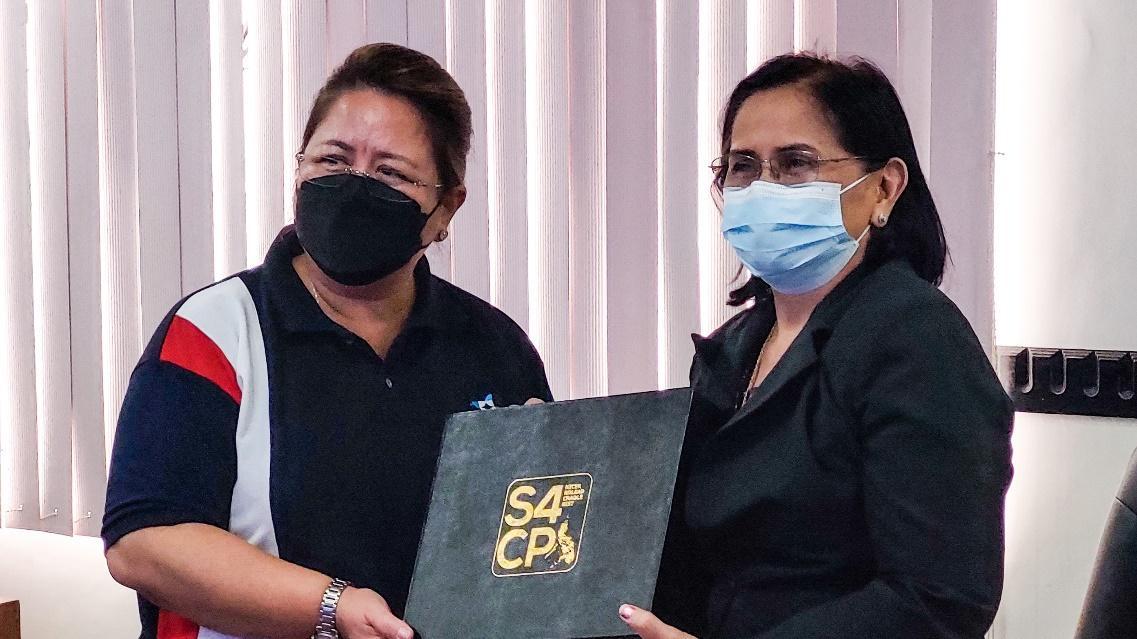 The University of Southeastern Philippines (USEP) showcased their successful industry-academe R&D partnerships during the visit of the Department of Science and Technology (DOST) Undersecretary for Research and Development Dr. Rowena Cristina L. Guevara on May 28, 2022.

These industry-academe R&D collaborations were implemented through the Collaborative Research and Development to Leverage Philippine Economy (CRADLE).

PISOLAR, an R&D partnership between USEP and LEADTECH, was successfully deployed for the electrification of a remote community of Ata-Manobo in Talaingod, Davao del Norte.

Engr. Simpao, who is also the Project Leader of ChicIoT Program, said that they aim to collect data through IoT and wireless sensor networks covering thermal, environmental, video, and gas-level data to monitor the behavior of the poultry animals. The close monitoring of the poultry animals will help maximize production by preventing disease spread, and will also monitor the mortality rate, thus reducing losses.

Another project, the “Development and Pilot Testing of Tree Climbing-Harvesting Assistance Device and Mobile Mechanical Dehusker for Coconut,” was jointly implemented by USEP with Franklin Baker. Project Leader Dr. Roger C. Montepio shared that the Project seeks to address the problems in coconut harvesting and dehusking, which are the shortage of laborers and risks of manual tree climbing and dehusking.

DOST Usec. Guevara urged the project teams to speed up the completion of these R&D collaborations so they could proceed with the commercialization of the technologies developed throughout the country. Once commercialized, these R&D outputs will immensely tackle the common problems of the electrification, coconut, and poultry industries.

She also expressed delight over USeP’s accomplishments, being one of the centers funded by the DOST with the highest return on investments. The Undersecretary congratulated USeP for being one of the only two awardees among the 86 CRADLE program grantees.

She also acknowledged the support of the university, innovative engineers and scientists, and private sectors, which are vital to the success of every innovation.

“Kapag nandiyan ang lahat ng components (With the presence of these components), we have science changing the landscape of innovation for everyone,” Guevara expressed.