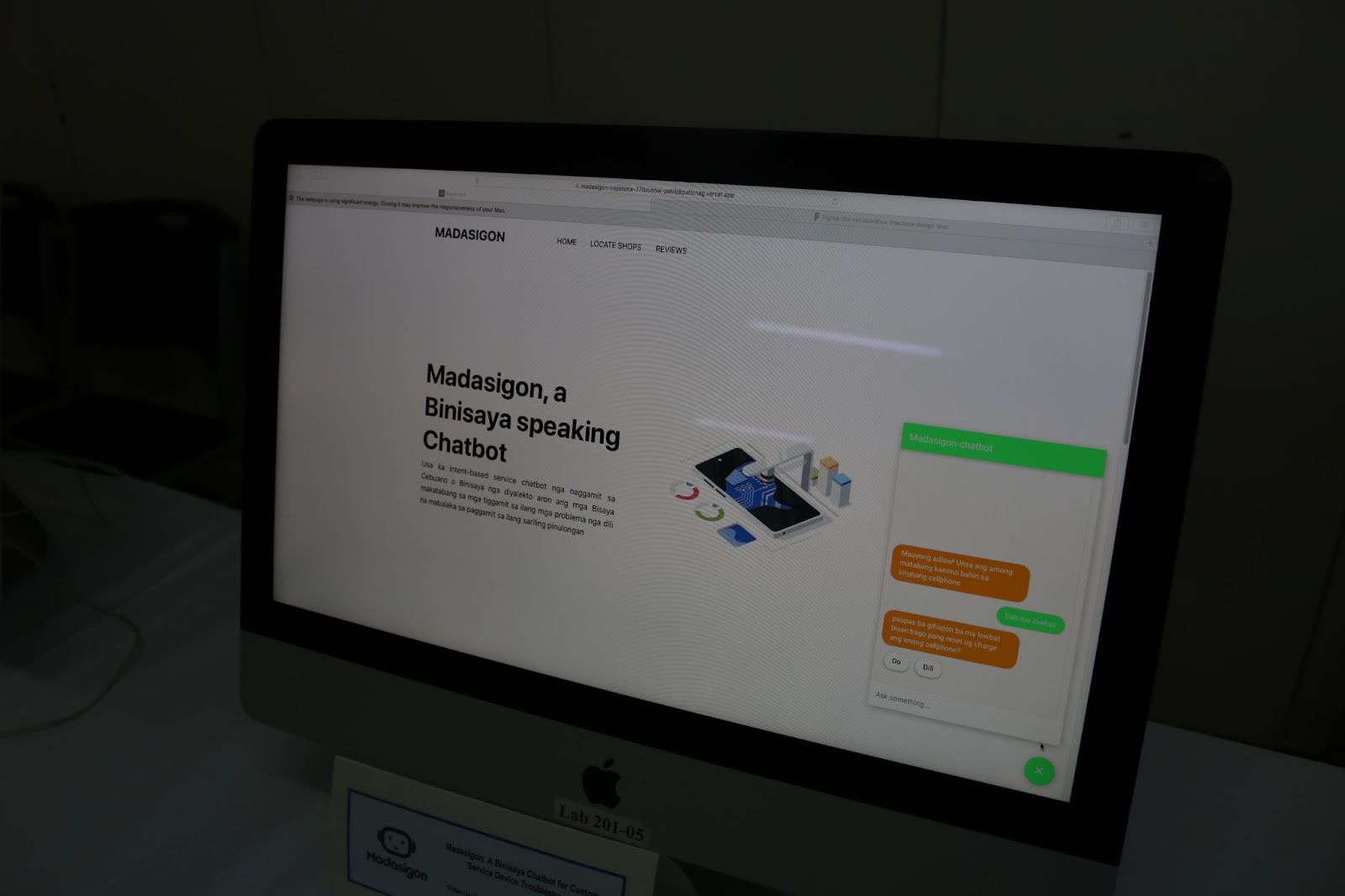 Madasigon, a web-based chatbot directed to assist users in Bisaya developed in MinNaLProc

The Mindanao Natural Language Processing (MinNa LProc) Research and Development Laboratory, funded by the Department of Science and Technology Philippine Council for Industry, Energy, and Emerging Technology Research and Development (DOST-PCIEERD) and managed by the University of Immaculate Concepcion (UIC), showcased various projects developed in the laboratory aimed at preserving the local languages in Davao region and Mindanao.

Project leader Professor Kristine Adlaon said that the project used Natural Language Processing to preserve and protect Mindanao languages, namely Manobo, Mansaka, and Kagan, and the team is working to include more languages from Mindanao in the future.

"We are delighted that DOST-PCIEERD is making a lot of efforts in really making projects like this useful in the community," Professor Adlaon said.

Due to the increasing number of endangered languages, UIC partnered with various communities to intensify the collection, digitalization, storage, dissemination of language resources, and development of task-specific trained applications such as Machine Translation and Dialogue Systems.

With the advent of smartphones and smart devices, the laboratory utilized features like speech recognition, machine translation, autocomplete, and virtual assistant features and incorporated the Mindanao languages.

Among the applications are Madasigon, a Binisaya chatbot for customer service devices for troubleshooting, iWag, a mobile web bidirectional neural machine translation system for Filipino and Cebuano, Pitik, a Cebuano-Binisaya internet-based chatbot for cardiovascular disease patient profiling, and Kaag, a mobile-based multimodal preservation application with information directly from native speakers and consolidated by the researchers.

Students and graduates of UIC developed the applications and were evaluated by the project team of MinNaLProc.

"I hope that you will be able to capacitate new researchers and generate more R&D projects in the region as well as collaborate with other stakeholders to boost the research and innovation ecosystem," Dr. Raterta said.